Where did you ride your FTR today?

lobo said:
Not sure I understand what you mean now.
Click to expand...

The question was asked earlier on this thread. I''m sure the person that posted the photo would have been happy to divulge the location plus the background, circumstances surrounding the taking of it.

lobo said:
A little bit of detective work got me to Texas: https://goo.gl/maps/py9f1fZM325zmCnZ6
Click to expand...

It was October 2011, and I rode my Moto Guzzi 1200 Sport from Tybee Beach (east of Savannah) to Marina Del Rey in California, on a mission to witness both the Atlantic & Pacific Oceans on the same ride.

No offense intended to Texans, but Texas was the most boring part of the journey. Took 3 days to get across, all I can remember is empty paddocks repeating ad nauseum. My riding mate had parents in Mobile, so we called in there, and then stuck to the coast. I recall it was really hot, punctuated by downpours.

If I did it again it would have to be on my Indian Chief, not a FTR1200. That would be an ordeal!

FTR London said:
The question was asked earlier on this thread. I''m sure the person that posted the photo would have been happy to divulge the location plus the background, circumstances surrounding the taking of it.
Click to expand...

Sorry if I hurt your feelings when trying to help. I hope you are not too offended.
M

I rode to the beach. Some hot chick in the red car (not sure what the make is, car marquee was never my strong suit) parked next to me. She declined to race for pinks. Shame. I think I could beat the pants off her. Anyway, then I rode the hills above the beach.

lobo said:
Sorry if I hurt your feelings when trying to help. I hope you are not too offended.
Click to expand...

That 2022 is cool looking bike. Are those your old Sacks from the RR?

The tank covers fooled me. Nice.

My curiosity still lingers for post #766 above. Can anyone tell me where this place is?
Click to expand...

Sorry bout that, this was taken in Corpus Christi, Texas 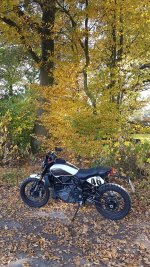 These bikes look so much better with dual sports/dirt tyres.

Yep and for my riding style sufficient

This bloke - I'll wager riding as well as any of us on here, on the stock dunlop rubber.

Yesterday I rode to Mandurah, to get an oil change kit for the FTR. Double the distance but worth it to go to a friendly dealer. I also heard that I'm not the only person who is not going to the other dealer...

Tony and I just got back from a 3 day trip to the Limestone Coast of South Australia (in particular, Robe and surrounds)
As a pack mule, the FTR did pretty good. the luggage bag I got from Indian fits on the rack great and is easy to put on and remove, and fit nearly everything I needed for the trip. I did however need to put my hair straightener, hair dryer, spare pair of regular shoes and our toothbrush bag in Tony's panniers on the Harley. It would probably be perfect for a guy going away for a couple of days without the need for additional storage.

Due to the distance covered, we filled up before we left then needed 2 additional fuel stops - one in Meningie and one in Kingston SE. I found we were getting close to 180-200kms per tank on the open road, with Tony's low fuel light coming on just before mine. Got the obligatory photo with Larry the Lobster in Kingston too.

Got to our hotel, and hit the local brewery for a few bevvies. Robe Town Brewery make some amazing beers, the stand outs were Solstice (a brilliant stout) and Wolverine (a barleywine)

The next day, headed off to Port Macdonnell and took a photo at South Australia's most southern point, and some great beaches along the way

Visited this cool and quirky classic car and memoribilia museum owned by a husband and wife that was weird and cool at the same time. 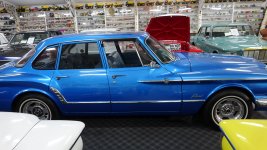 Then headed to Mount Schank and climbed to the crater rim in full motorcycle gear, which I really don't recommend anyone else try! 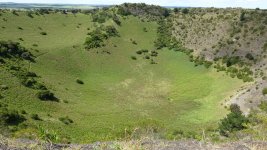 The next day, off to Beachport for a quick ride of the scenic road before coming home. I'd attach more pics but can only attach 10 per post haha.
suffice to say - more amazing beaches.

Overall the FTR did great as a tourer. the tank was JUST enough to get between fuel stops in some of the more remote parts of the country (on one occasion we made it to Kingston and Tony had only a litre left in his tank).
Cruise control made a massive difference - Tony was struggling at the end of each day after long stretches of 110kph speed limits in straight lines for up to an hour and a half at a time, all he had is a throttle lock which didn't really work the best so was tough for him.
comfort wise, the seat was fine - I only really felt sore the last 150kms of the ride back to Adelaide on day 3.
Tony recently had the Roadster re-padded so he was about the same as me.

If you're ever in this part of the world, I strongly recommend a trip to the South East.

Stout and Barleywine! Exactly what I prefer. Good choice.
Nice pictures. I had a trip to Australia booked and paid for in 2000, but I got stuck in Bali.
M

Edgelett, looks like a great trip. Some time back I travelled Sydney, NSW, Barrier Reef, and Queensland. Two years ago I spent a week in NWT. The entire continent is pretty cool. Thanks for sharing the pictures.

Classic Bike/Sport Bike Monday! It was 68* in Pittsburgh today. Beautiful day for riding. Had my 77’Yamaha out first and then the FTR. Pictured is the Mingo Creek Viaduct. 250 feet above is the Joe Montana Bridge on the Pennsylvania (route 43) turnpike. The Wheeling Lake Erie Railway passes below the highway. 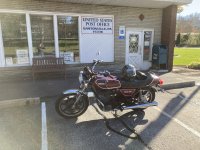 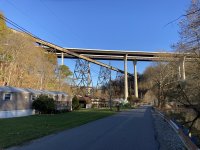 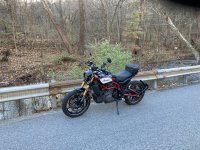